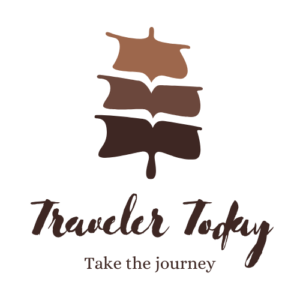 If you are pregnant, the safest time to travel is often during the second trimester, assuming there are no difficulties. If you are pregnant and considering traveling, you should see your doctor first, even more so if your pregnancy is considered high-risk. Consider how good the medical care is at your chosen destination in case you need help.

Certain nations have reciprocal healthcare arrangements with Australia; contact Medicare for further information. Because of the risk of disease and the lower level of medical care in developing countries when you’re pregnant, it’s not recommended to travel to them.

Pregnancy at high risk and travel

Travel is not recommended for pregnant women who are having problems. Several complications include the following:

Travelers to the majority of developing countries must be immunized against diseases like typhoid. People who are pregnant should not get most vaccines because they can harm their babies or because they haven’t been properly tested for safety.

Certain vaccines, such as those for yellow fever, maybe given cautiously after the first trimester. Consult your physician. Pregnant women are told not to go to poor countries until after their babies are born.

Travel and malaria risk during pregnancy

Malaria is an infection spread by specific mosquito species. Malaria infection during pregnancy increases the chance of miscarriage, preterm labor, and stillbirth. While some antimalarial medications (for example, chloroquine) are deemed safe to take during pregnancy, others (for example, doxycycline) may be hazardous to the unborn child. Pregnant women are advised to avoid travel to locations where malaria is prevalent.

The dangers of long-distance travel while pregnant

Long periods of inactivity while traveling by vehicle, bus, rail, or air increase the chance of developing clots in the deep veins of the leg, a condition known as deep vein thrombosis (DVT). These clots can circulate and become lodged in organs such as the lungs.

DVT occurs in around one out of every 1,000 pregnant women. According to research, the risk of DVT increases by two or threefold during a long-distance trip.

There is no evidence-based travel advice for pregnant women. However, if you prefer to travel long distances, you should take the following precautions:

Before you decide to fly,

The following items may be included in your medical kit:

How to Pack Jewelry for Travel | Best Packing Tips for Jewellery

How to survive a long-haul flight

How to Become a Travel Writer

What is Travelers Diarrhea

What you have learned from travel

Welcome to Traveler Only, your number one source for traveling content. We’re dedicated to providing you with the very best of content by targeting a variety of categories in this niche.
Contact us: traveleronlyinfo@gmail.com

Is It Safe To Travel To Turkey? 7 Safety Tips For...

Is it Too Late to Book a Last Minute Trip in...